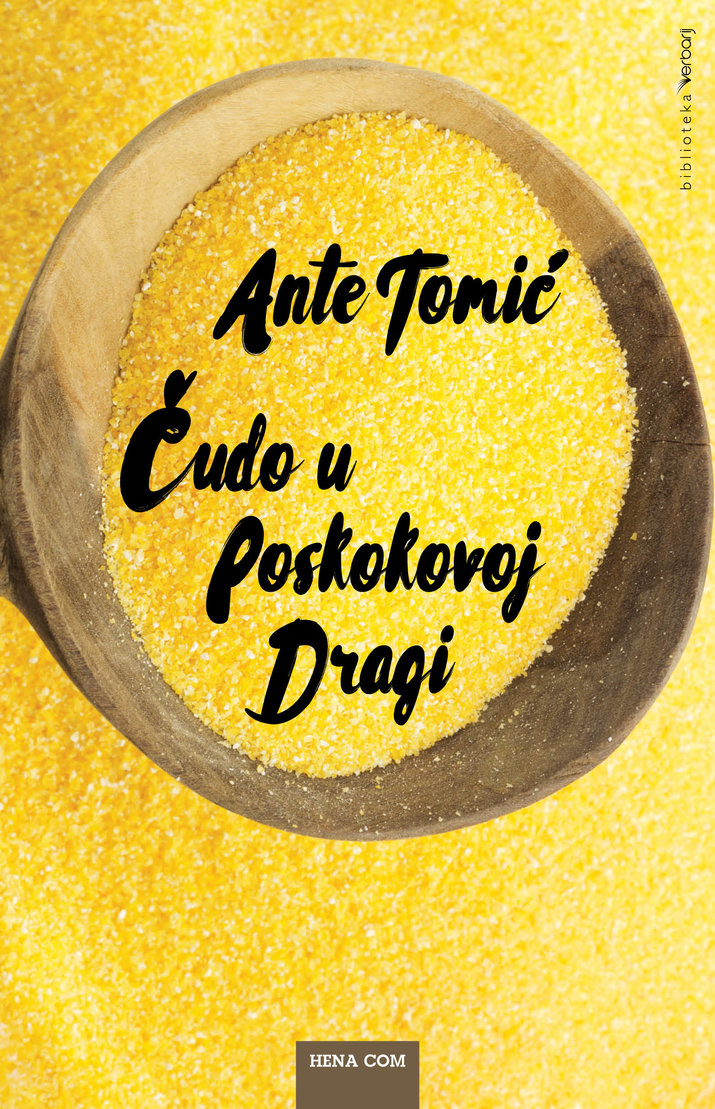 
Seven kilometers from Smiljevo, up the hill, in small, mountainous village lives Jozo Poskok with his four sons. Their little community with questionable hygienic, nutritional and sociological habits does not admit the State or the basic hints of civilization – until Jozo’s oldest son Krešimir comes to an avant-garde idea: to find himself a women and to bring her to their alfa-men fortress.

Soon it becomes clear that the search for the appropriate women is even more difficult, challenging and dangerous than their usual fights against bill collectors that rudely want to charge them for using electricity and other civilizational imposts.

Love task of Poskok’s oldest son leads this novel in the direction of of hilarious comedy with the character of suspense thriller and road novel with a series of sudden reversals filled with police chase, disguise, explosions, runaway brides and angry, hot-blooded men, all in order to make the miracle in Poskokova Draga happen.